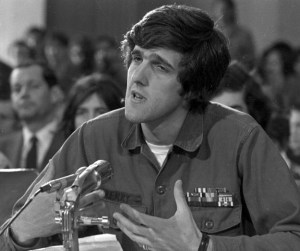 I mentally staggered through the Blah Blah Blah of John Kerry yesterday as I watched him try to be big man on campus when confronted with the questions of Constitutionality. I could not get past this image and seeing him rip his medals from himself and throw them away.

And the GOP (elected) leadership – what the hell? Well kids – put your seat belts on – it is going to get bumpy

And since when is it up to us to be the Den Mother for the rest of the world? So, Muslims are killing Muslims ? Why do I have a problem with this ? And why should we intervene? It is their Civil War – let them fight it. And how is 1400 dead from gas worse than 500,000 dead by machete in Rwanda?

There is more to this than meets the eye folks – something stinks !