The CDC today reported a viral outbreak of two superbugs known as Liearrhea and Denyarrhea. Fact or fiction seems to no longer matter anymore. It’s now blatantly obvious: spin a tale no matter how large for if it sticks – it’s now considered fact. And if they don’t believe the first lie – just readjust or recalculate the formulations to provide something they will believe. It’s becoming near maddening.

So I guess it truly is, “different this time.” 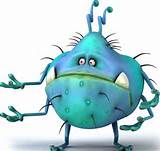 Just what happens when it’s realized that puddle on the floor isn’t from unicorn tears but from someone who didn’t see a Depends commercial is now anyone’s guess.

As the Liearrhea bug becomes full on in it’s host, it then mutates and becomes know as the Denyarrhea superbug. All that have it will deny to the end that they are suffering from Liearrhea and will insist you must be crazy. They will then tell another falsehood to reassure you.

Down is Up – Up is down and everything seems to be inside out in Washington.