The past couple of Florida news days have proved to be an elemental study in Florida Senate Greco Wrestling. They have shown us how not to win friends and influence people and have redisplayed the spineless unprincipled lack of conviction by a major political party.

Timing is everything they say.

… A Miami state senator is fending off calls for his resignation, a possible Florida Senate complaint and the condemnation of fellow Republicans after he referred to six white colleagues as the N-word during a heated discussion with a black lawmaker . . .”

You just can’t make this stuff up. It seems that a group of Florida Senators met at Governors Club in Tallahassee for what may be one too many. You know, Senators night out.

… Artiles let the pejoratives fly during a private conversation Monday in the members-only Governors Club, where he was complaining about what he sees as the failed leadership of Senate President Joe Negron, who is not moving enough Republican legislation even though Republicans outnumber Democrats 25-15 in the chamber.

It seems that the “PRIVATE CONVERSATION” that was taking place was not so private because it ended up in the tabloids. That’s where the Florida Senate Greco Wrestling 101 comes into play for our tipsy Senator who just learned his first painful and big time take down maneuver. Ouch!

The element that makes this whole thing even more central is that the RPOF is launching its “Make Florida Red Campaign” to attract NPA voters at the same time. Well better late than never, but I have a sense it is not going to work. For reasons that are fundamental to its success.

The first reason is that the NPA ranks are growing in Florida from a genuine disgust of both of the major political partys in the State. It seems people really are paying attention to this kind of behavior and are no longer willing to wear the label of a party that tarnishes their name. 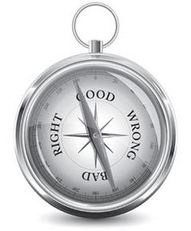 So what could a principled party do in this case? Would it not make sense to call an Emergency meeting of the RPOF Executive Board and pass a Resolution of condemnation? Or maybe in the least issue a statement strongly decrying the behavior on behalf of the entire State Committee? But to say it is not my place?

“[Whether to resign is] a decision he’s going to have to make,” state Republican Party Chairman Blaise Ingoglia told Politico. “It’s not my job as chair to say what somebody should or should not do. That is a personal decision between him and the constituents he represents.”

While you cannot fundamentally argue with the truism of the statement and you have to respect the laser focus of his words, it still does not absolve the keeper of the brand from wiping the slime off of the name when it gets plastered with a big wet juicy one.

Again, back to my point that you have to be the reason people want to be a part of your political corporation known as the RPOF. And right now in all honesty, the brand doesn’t look to good.

Repackaging platitudes and gimmicks will only result in more failure. A party must have real, honest and truthful messaging at the core of their GOTV. I addressed this NPA factor in 2014 (read more) and it has been a trend since 2010.

It sure isn’t because your elected party politicians legislate from a position that you say is Republican intent.

Again charades, how can you pass a bill fifty times repealing health care when Obama is in office and then choke when it actually would pass with Trump in office? What is a Republican?

How about a State platform of ideals / ideas? Or even a statement of principle from time to time.

You see, writing letters and spending money and making calls to argue with or persuade someone to join your soiled ranks in a tent that is on fire, is really not effective. It does make for good political theater though.