The nation’s third most-populous state, Florida could offer the next breakthrough in a 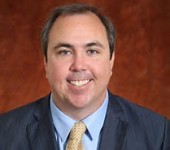 That is if the former RPOF Vice-Chairman and sitting State Representative Joe Gruters has his way.

Florida’s strategy, years in the making, aims to build bipartisan support with economic arguments and the passage of similar measures locally that show the LGBT protections can succeed. The bill’s backers must convince a Republican-controlled state legislature that all of Florida benefits from LGBT protections.

“It’s really about the math of being based here in Florida, but competing on a global market,” said John “J.T.” Tonnison, president of Florida Competes.

Any person who actually thinks must fix reason firmly in her seat , and call to her tribunal every fact, every opinion, in order to understand reality and solutions that fit natures design. For those of us that actually practice the lost art of thinking it allows us to have a lens that is not occluded by emotion, sensation and fear.

When people do not fix reason firmly in her place and underestimate both the possibility of a disaster occurring and its possible effects the normalcy bias takes over.

Situational awareness however is the complete opposite of the normalcy bias. It involves having a full perception of your environment and a comprehension of what may transpire in the near future. Because other people may seek to provide you with false information, situational awareness requires you to be the guardian of your own life.

And, because we only have limited control over our fate, disaster can still strike from a thousand directions. The fault then rests with us when we see danger coming and do nothing to get out of its way. Are we ready to provide “civil rights protection” for everyone that has a condition, syndrome or disease? Or will some end up being more equal than others for the sake of inclusion?

And with legislation like Gruters, Florida is facing a crisis right now that requires keen situational awareness.

In a recent major study titled “Sexuality and Gender: Findings from the Biological, Psychological, and Social Sciences,” researchers from Johns Hopkins found that there is virtually no scientific evidence that people are born gay or transgender.

They concluded that the issue is a mental issue as the sex of the human is set in DNA and that no LGBT gene exists in the human DNA Strand. So, you can either be a “Science Denier” and hold to the normalcy bias of the LGBT, or accept science and decide to help these people that are struggling with mental disorders. The conservative answer is to address the root of the issue and not the problems outcome.

What I suggest to Mr. Gruters (R)-Sarasota, and others that seem to believe that LGBT sexual behavior is normal and not deviant from natures course, is that you set reason firmly in her place and try to address the public health issue known as LGBT for the sake of humanity.

We must be willing to stand as adults and recognize the matter for what it is; a public health issue.There is no need for a complete political re-write of American culture for progressive benefit on this matter.  The science is in.

Trans persons suffer a 40% suicide rate. There are 700k self-declared transsexuals in America’s population of 323 million. By these numbers alone it supports the argument of mental health. These persons have a mental issue and we should be compassionate enough to admit it and willing to help them through their dysphoria.

If a man is equipped as a man how is he not a man? Is it because he “THINKS” he is not a man? If you agree with that then let me suggest in the interest of avoiding catastrophic outcomes for these humans we might try and address their HEAD and not their body.

A big danger in this legislation is the creation of a new perceived and accepted NORMAL. This normal as many progressives would have you believe it, is in direct contradiction of religious doctrine and violates the tenants of religious freedom. The LGBT legislation also violates the prescribed laws of nature.

Our Constitution already gives protection to everyone in the Republic. We do not need to begin to line item “rights” for slices of society. What we need to do is to set reason firmly in her seat, take a deep breath and pause for a second and reevaluate then need for legislation on this issue.

Either that or let the LGBT progressive leftist faction of the Republican Party consider a new party.

I have one last question for my enlightened Republican brethren.

Do you plan on introducing legislation to protect Heterosexual middle aged white males from being discriminated against because of our normalcy? No really I am serious, if you apply for a job as a bartender in a gay bar and admit you are not gay, do you get civil rights protection too?

You see how slippery this slope gets and why when you address issues with emotion and fail to fix reason firmly in her seat how quickly disaster can occur when abnormal replaces normal. This issue is not for government to decide. It is for society and our culture to decide. We decide normal, not the government.

This whole sorted affair reflects poorly on the RPOF and is another glaring example of the complete lack of principle and defined belief structure that represent the Republican party in Florida.

I mean really, is this what I am supposed to be as a Florida Republican, an LGBT supporter?